Find Training for Your Next Career!

Get information from local schools

You Want To Be A Firefighter? Learn How! 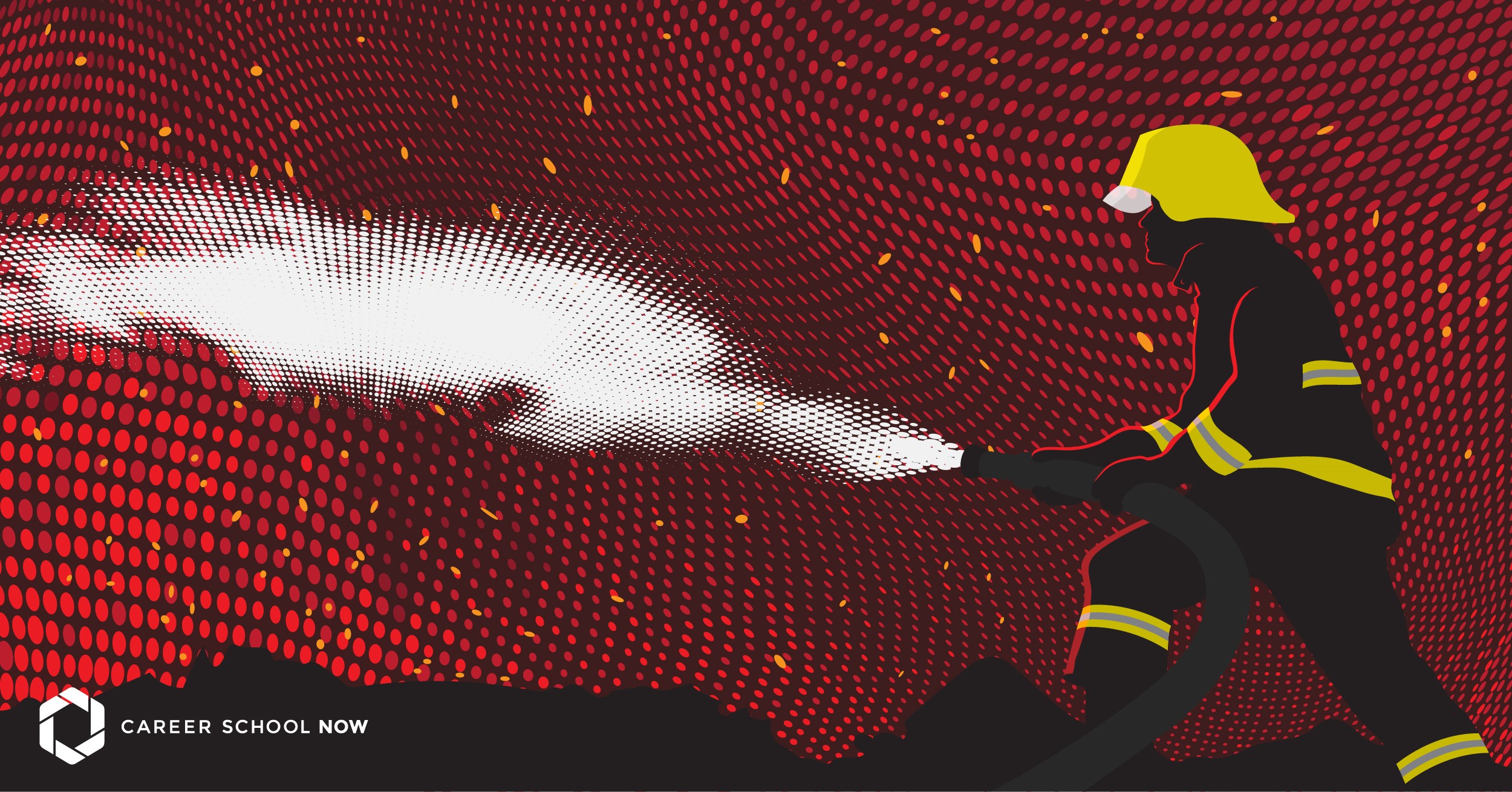 Whether becoming a firefighter is an old dream or a new one, it’s something you’ve been drawn to pursue. It’s not an easy job, but you know it’s going to make you the happiest.


Did you know that firefighters are among the most job-satisfied people? Well, it’s true. Learn about what you have to do in order to achieve your goal of becoming a firefighter.

You have to do something in your life that is honorable and not cowardly if you are to live in peace with yourself, and for the firefighter it is fire. -Larry Brown

Roman Emperor Caesar Augustus established the first body of organized firefighters back in 6 A.D., after a fire swept through through his great city and destroyed more than half of it. These early firefighters were known as the Vigiles.

Fast forward a few dark centuries into the Great Fire of London. Actually, there were three of them: 798 A.D., 982 A.D., and 989 A.D. Make a stop in the early days of the United States, back when Jamestown, Virginia was all but destroyed by a fire that ravaged it in the 1600s. Don’t forget to pause in Philadelphia in 1736, where Benjamin Franklin created the first volunteer fire company in America, called the Union Fire Company—only a few years after Richard Newsham of London developed the first and very primitive form of a fire engine.

Great power means greater responsibility. Because sometimes, the power that is fire can get out of control. Suffice to say, firefighting has been necessary since the dawn of civilization, once mankind began playing with fire.

Firefighters are a crucial part of an emergency response team. These are highly trained first responder professionals, armed with all the equipment needed to fight fires, defeat disasters, and save the distressed. But there are other aspects of the job that get a little overshadowed by the superhero component.

First and foremost, firefighters fight fires. Not just with water, an ax, or other equipment. They also use their voices; they speak to their communities and teach them preventative measures and other educational facts.

They are first responders, and a firefighter will often have to use their EMS training at the scene of an accident, prior to the paramedics arriving. They’ll also be on the scene of a natural disaster, helping the injured and searching for the missing.

Why It’s A Good Career

All careers have their yings and yangs. Firefighting is full of the good and the not-so-good. But for many, the dream of being a firefighter outweighs any cons that come with the job.

Firefighters are always putting their lives on the line to help their community; it’s one of the perils of the career, and they are fully aware of it. Even though firefighting can be a treacherous job, it’s also filled with elements that make it a great career move.

Firefighting is not for the faint of heart. You need to be strong both in mind and body in order to get the job done. There are quite a few “soft skills” that firefighters need to possess in order to be successful and effective.

How To Become One

Before you can become a firefighter, you need to fulfill some important requirements. For starters, you must be a minimum of 18 years old and have your high school diploma or GED.

Also, you must either have an emergency medical technician certificate or have the experience and knowledge equivalent to an EMT. It also wouldn’t hurt to have your paramedic certification, either. Oh, and you can’t be a smoker. If you are, you need to have quit for more than a year before you can get a job as a firefighter.

Because being a firefighter can be intense physically, you need to be in decent physical shape and pass a physical exam. Expect to have a medical exam and drug screening prior to being hired into a fire department. A good way to get yourself a head start is to volunteer as a firefighter; that could help you stand out over the competition. Also, having a two-year associate degree in Fire Science could give you a sizable leg up.

Most likely, you’ll be trained through a firefighter academy that is run by your state or fire department located through a community college or trade school. You’ll have both classroom and hands-on instruction teaching you all the basics of the job. In your classes, you’ll learn about building codes, techniques needed for firefighting, and emergency procedures. In the practical segment of the course, you will learn how to use equipment such as axes, ladders, and chainsaws to fight fires. Most fire departments have a probationary period following academy training.

In some instances, fire departments have accredited apprenticeships that could take up to four years, which combine both the classroom instruction with the practical training. These are under the supervision of an experienced firefighter.

You can further your training and earn certifications through programs offered at the National Fire Academy.

I can think of no more stirring symbol of man’s humanity to man than a fire engine. -Kurt Vonnegut

You’ll start out as a probationary firefighter before becoming a fully paid one. Here are positions you can hold on the team throughout your career.

Salaries for each rank is dependent on geographic location, and the range is vast, making it difficult to find an average.

Similar to the salary of each rank, firefighters will earn different pay based on where they are located. With that being said, the median pay is over $49K annually. The top 10 percent earn more than $83K, while those just entering the field will make closer to $24K.

Job growth for firefighters will be holding steady around the average mark through 2026. Even though our building materials have come a long way and are much safer, we still have fires. Therefore, we will always need firefighters in our communities. Wildland fires are still a major issue, and medical emergencies will always arise. Firefighters can be certain of having a place in society for a very long time.

However, competition for open positions may be fierce. Your best bet, if you’re wanting one of the infrequently available positions, is to pass all the necessary exams, be physically fit, and have paramedic training.

States with the Highest Job Growth

Industries with the Highest Job Growth

Becoming a firefighter may be a dangerous job, but it’s a virtuous one. And most firefighters are highly content with their chosen profession. So if having a satisfying job where you can be the equivalent of a superhero is something you can wrap your brain around, then firefighting is for you.