Find Training for Your Next Career!

Get information from local schools

Popular Trade Careers If You're An Undecided Student 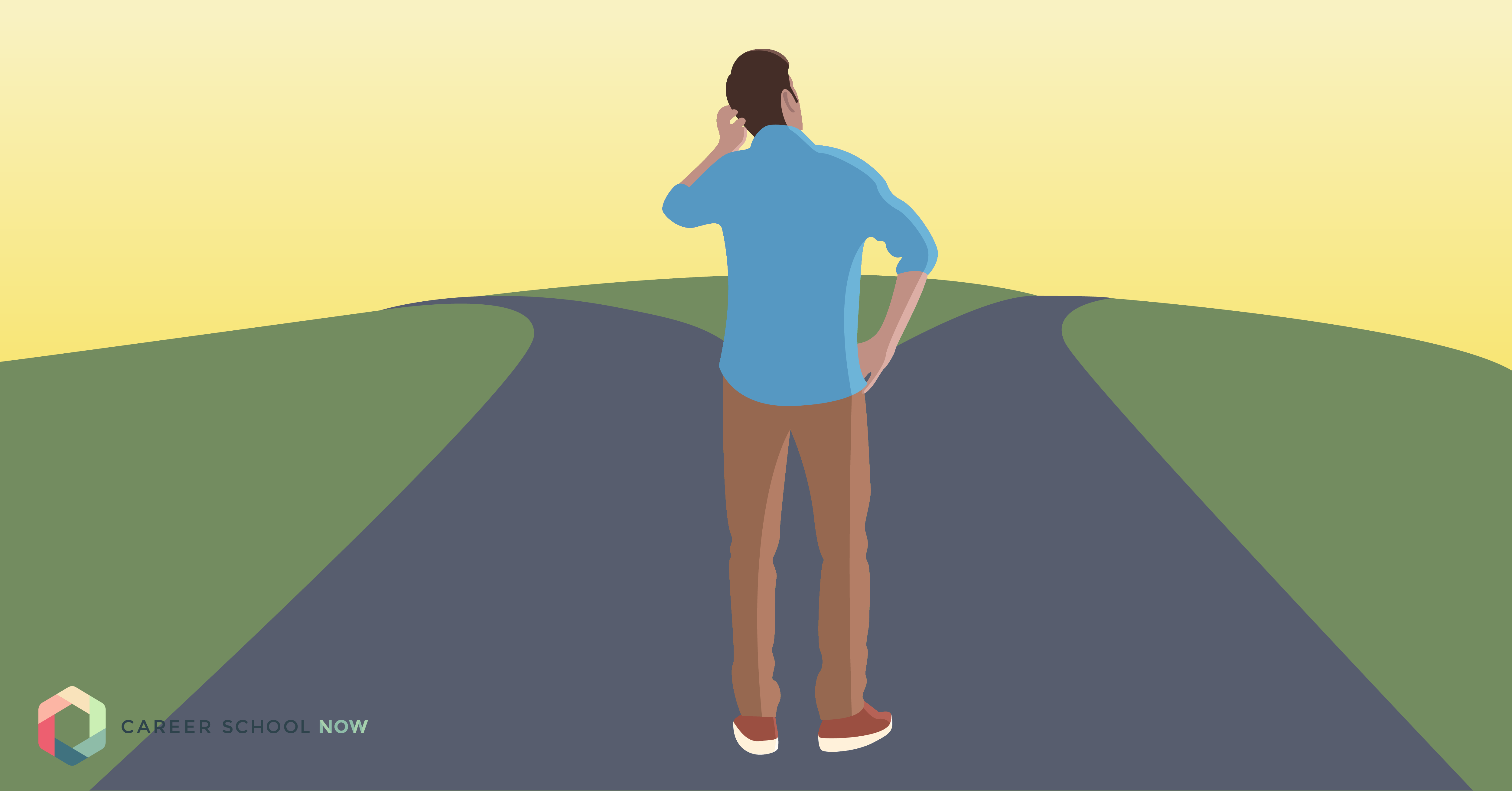 So, you can’t figure out what you want to be when you grow up. No big deal, it happens to the majority of students (and adults!). It’s perhaps one of the biggest decisions you’ll ever make in your life, so you can’t just wing it willy-nilly. Sometimes, you just have to get everyone else’s voice out of your ear so you can think clearly, do the research, listen to your mind and heart, and make your own best decision.

If you already know you don’t want to go to a college, and you realize the trades route is more for you, then you’ve made a quite a dent in that big decision. The next part, though, is deciding which skilled trade is right for you. Let’s explore the facts and fiction of skilled trades, and why going into one of the 6.7 million available trade skills jobs is a good idea. 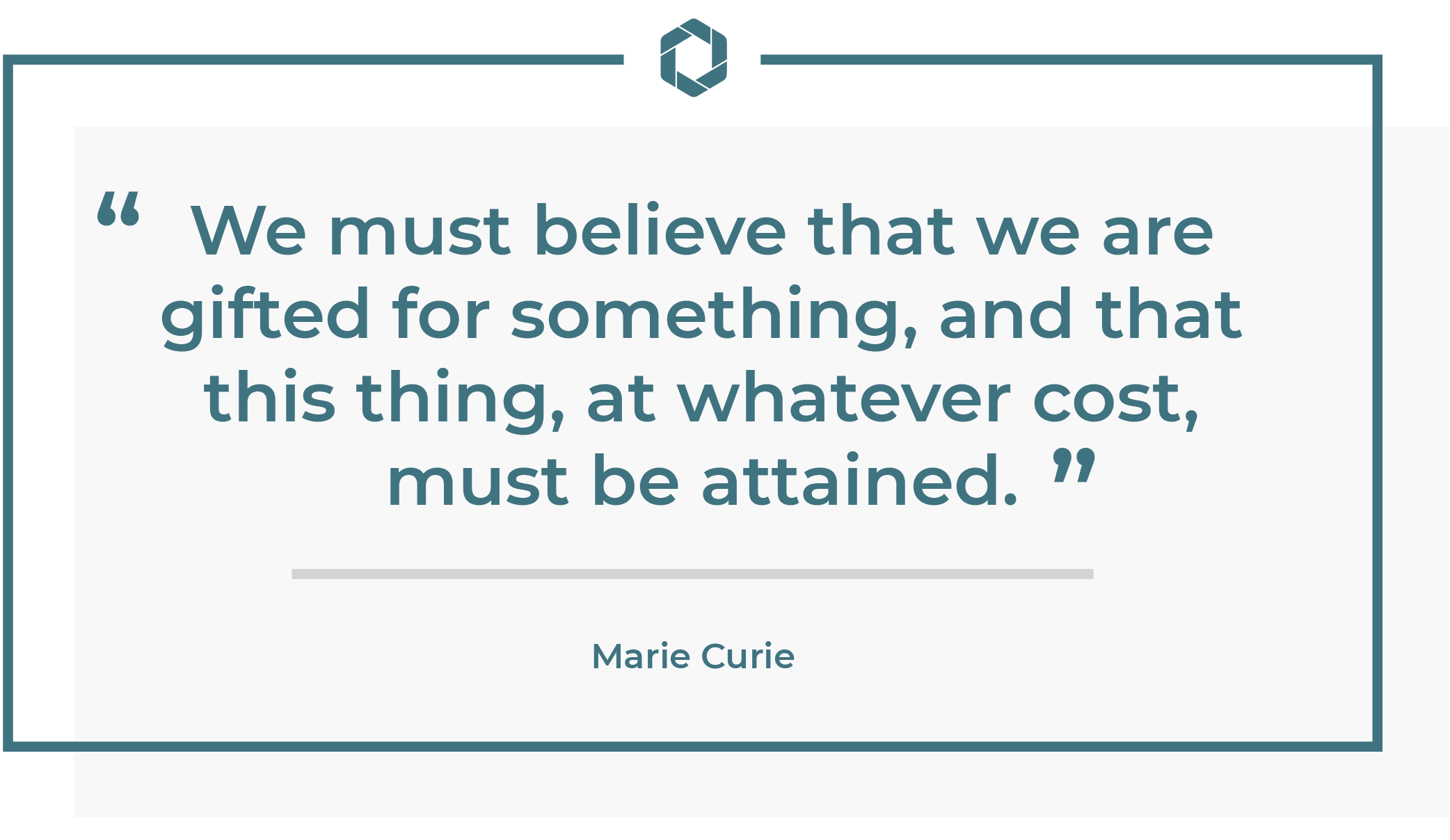 “If you don’t go to college, you’ll only find jobs at fast food joints” seems to be a common dinner table conversation starter between parents and their children. Or, how about the high school guidance counselor only handing out college pamphlets to their students instead of giving them the whole picture—that there’s more out there than universities. These false promises are told in the guise of “just looking out for you, kid.” Why? Because apparently, white collars are much more attractive than blue.

Listen, it’s true that in the long run, people with degrees framed on their wall can make more money. But the keyword in that statement is “can,” because it doesn’t always hold true—and really, a certificate or two-year degree holds much more weight than a high school diploma alone. It just depends on how much grease you’re willing to get on your elbows, but that can also be said for every single career out there. You get what you give. There are some electricians, plumbers, and carpenters who are making as much, if not more than some doctors. They climbed their way up that ladder by putting in the hard work, and they weren’t afraid of getting dirt on their boots.

If you look at it, the downturn of students entering the trades stems from the adults in a student’s life thinking they’re guiding him or her toward a good decision (college). Really, though, it could be a huge disservice, especially for the kid that just isn’t interested in heading in that direction. For some students, it is definitely a good choice. But people are not cookie cutters, and what works for one doesn’t work for another. If honesty is being thrown on the table, students being accepted into college looks really great for a high school’s bottom line. It’s a numbers game. That’s not said to discourage anyone from going to college. It’s one of the many excellent means to an end. Everyone needs a way to support themselves and feel successful. But those two things, support and success, look different for everybody.


Skilled Trades Are Looked Down Upon 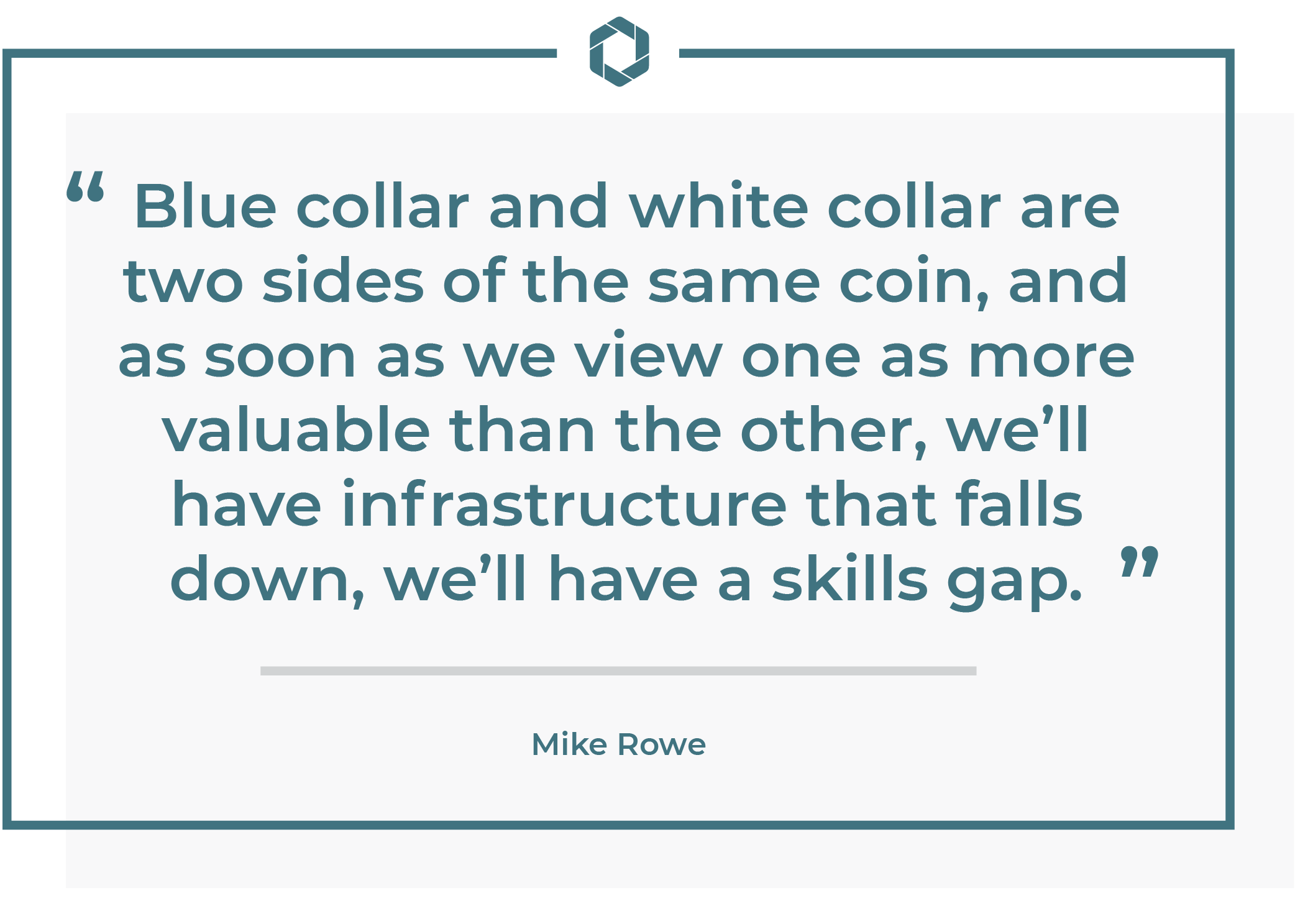 Trade careers aren’t viewed as highly as desk jobs, for no reason actually, other than trades being sort of a target for people to feel superior over. The reality is, we’d come to a standstill without those who are skilled in the ways of the different trades. Without the necessary knowledge and abilities, people—from CEOs to housewives—would be at a loss in getting trade activities done. Computers break down; the IT guy (or gal) with an associate’s degree in information technology steps in and fixes the issues so work life can keep on going. Or how about the fact that we all take being able to flush a toilet or turn a faucet on for granted? When things don’t work the way they’re supposed to, and we don’t have the know-how to fix it ourselves, we call in the professionals. We need tradespeople desperately.

So, really? How is it even possible that anyone could think of skilled tradespeople as anything other than heroes who save the world from the brink of potential disasters, and on a daily basis. If you throw all the many excuses into a cauldron, it just boils down to ego and arrogance.


Why Trades Are Important

Things break that need fixing. Stuff needs to be built or rebuilt. Items need to be moved. Who’s going to take care of all that? The plumber. The electrician. The nurse. The truck driver. The IT person. That’s who.

Trades are important because everything in our lives, at some point in their cycle, was touched by a tradesman. Everything. From the clothes on your back to the device you’re reading this article on to the piece of furniture under your butt or the building you’re in—it was all because someone in a skilled trade made it available to you in one way or another. From the creation all the way through the delivery. And THAT is why trades are important. If it weren’t for the trades and the people skilled in them, you’d be sitting naked under a tree pondering your navel. What we have surrounding us is brought to us through people who have been trained to do what needs to be done.


A Shortage of Skilled Workers Can Work In Your Benefit

The most recent report from the Bureau of Labor Statistics states there are 6 million people unemployed in the U.S. right now, yet there are 6.7 million jobs open within the skilled trades. That should give you reason to pause. If all 6 million of those people got the proper training, then they could easily find employment (unless, of course, there are circumstances preventing them from working), and there would still be over 700K jobs empty.

The point? We have a major skilled worker shortage in the trades. Why is this a big deal? Because we also have a crumbling infrastructure issue here in the United States. There needs to be a concerted effort on the employers’ part to lure people into the skilled trades, now more than ever. Sign-on bonuses, higher pay, and better benefits are just a few ways to entice potential employees. And it’s definitely an employees’ job market. If you’re qualified for the job, you may have the upper hand when it comes to negotiating. 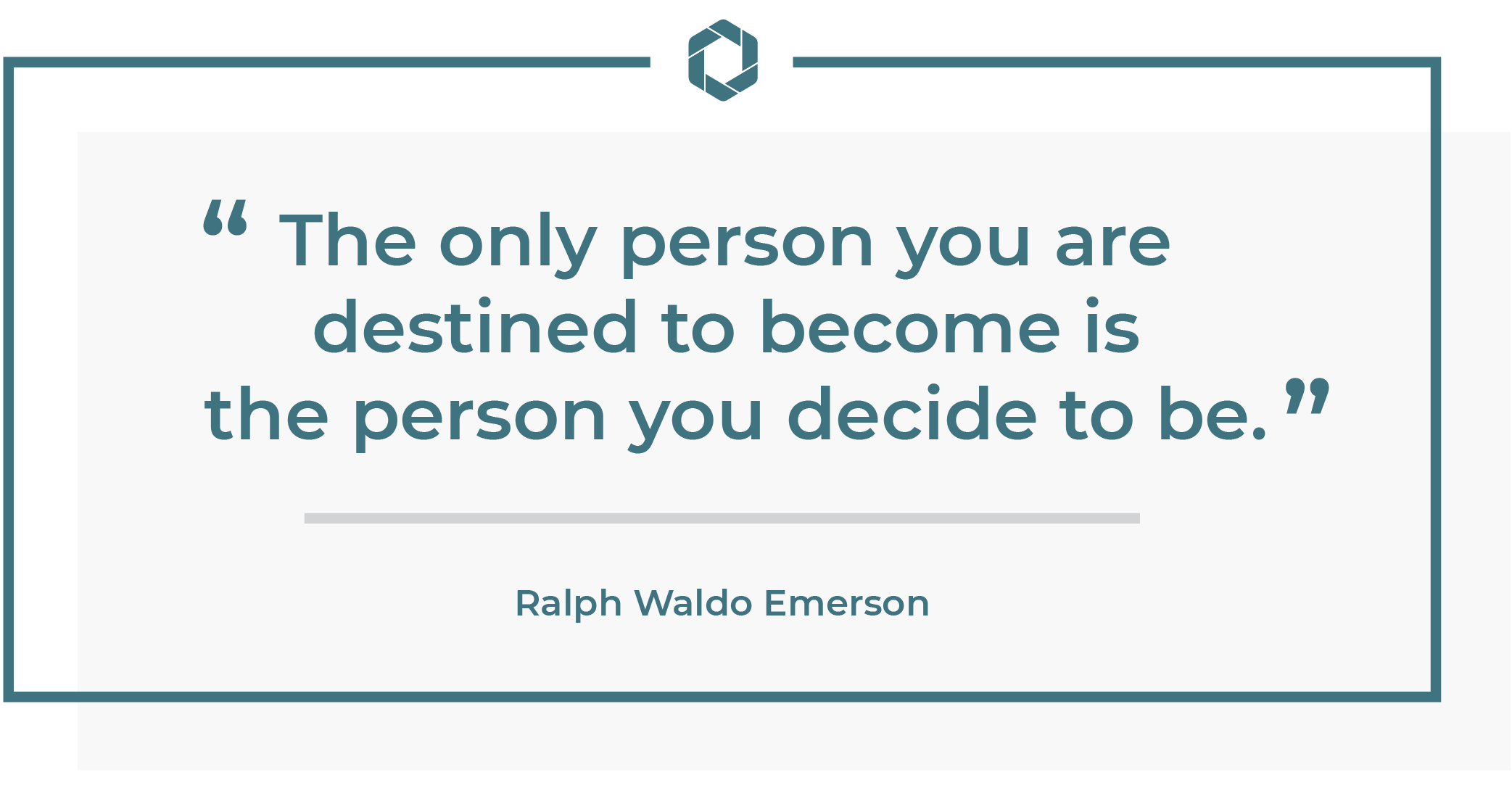 if you are undecided. To be fair, there are many available. So, it can be a very overwhelming proposition when you’re trying to figure out what you want to do for the remainder of your days. You know you want job security, an income that will allow you to breathe, and you also want to look forward to going to work. It’s a tall order, but it can be done.

Whether you want to go into engineering, business, nursing, or the actual trades, there are programs that take two years or less specifically designed for that purpose—to turn out highly skilled and ready-to-get-started workers.

The above careers are just a sampling of what’s available in trades. They cross every industry from A to Z. If you can dream it, then you can become it.

Training For Essential Jobs
Which Trade School Programs Take The Least Time?
Vocational Education: Making Over Another Path To Success
Skilled Trade & Tech Jobs That Pay Over $30/hr
List Of Scholarships For Trade School
...Previously How To Finally Get That Raise Or Promotion Up Next... Extraordinary Careers In Special Education